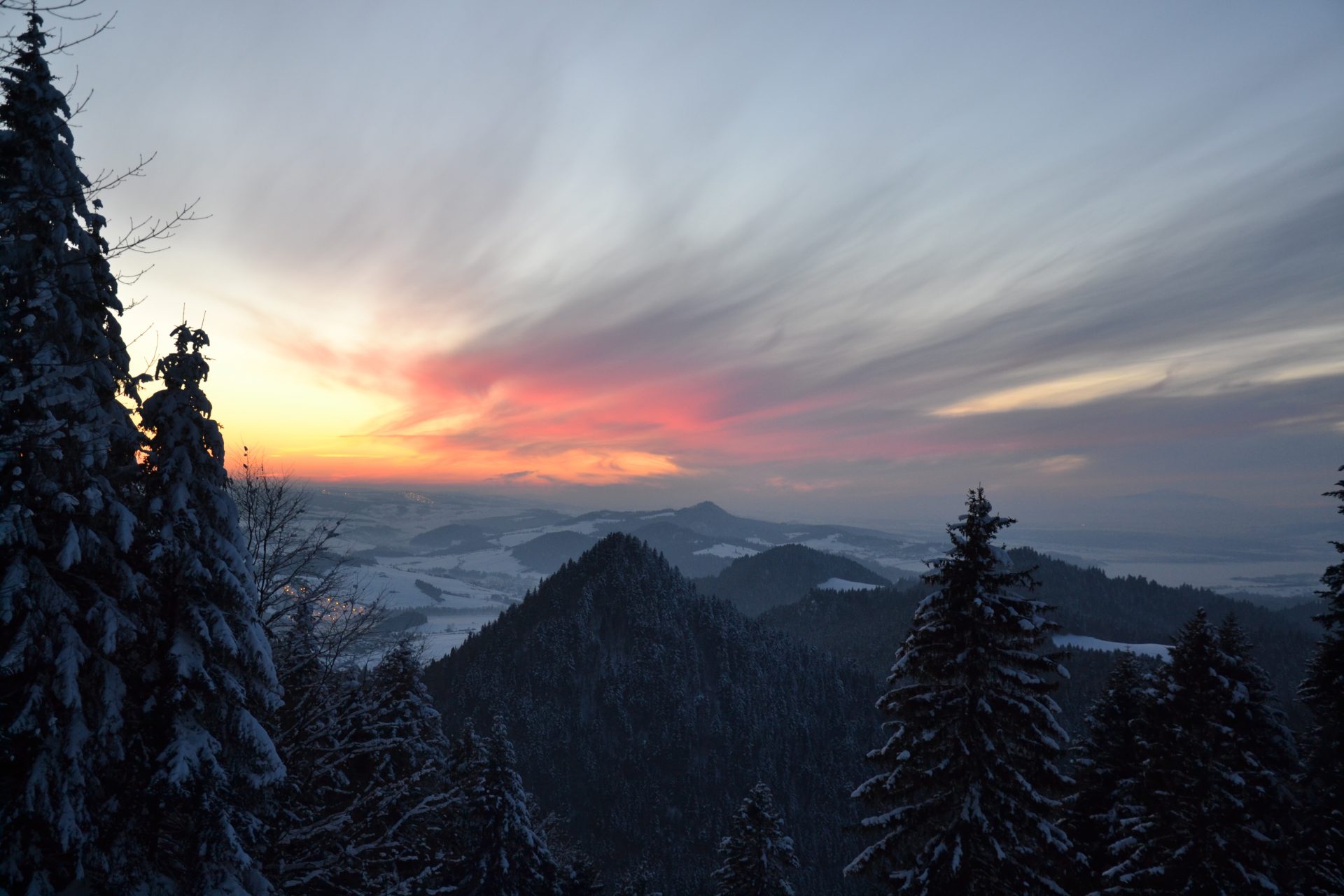 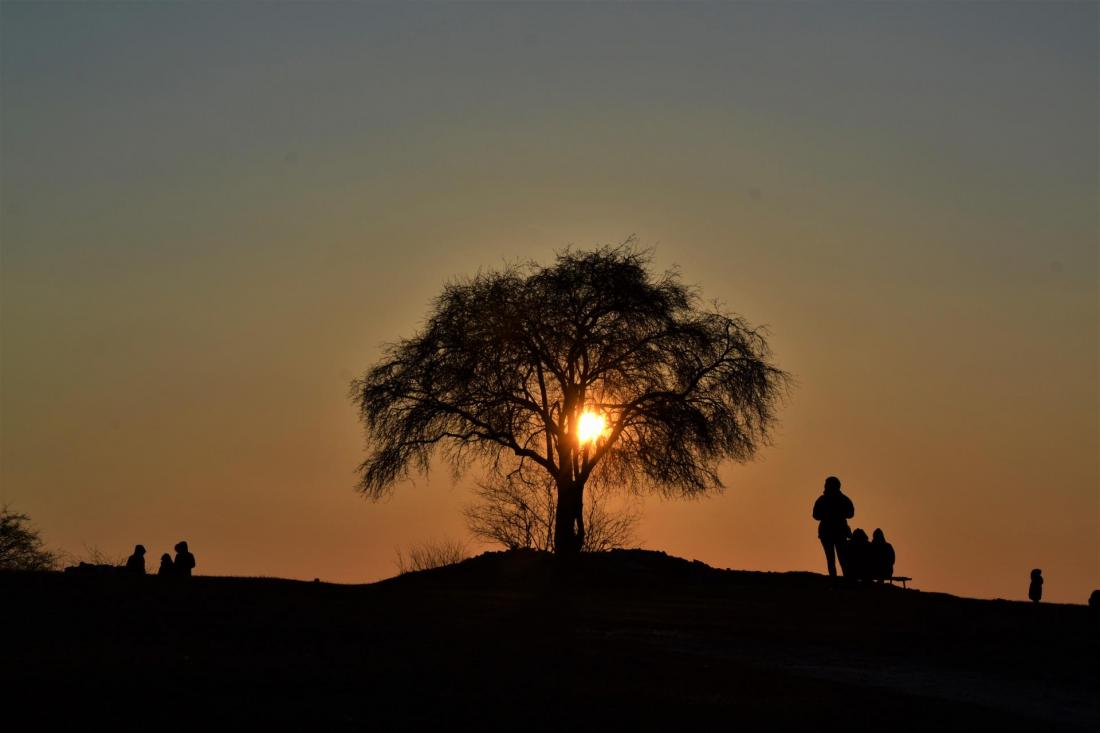 Last Sunday I could admire sunset at Krak’s mound for the first time in my life. It was one of the things on my bucket list.

You might have noticed that I am a big fan of sunsets and sunrises. Especially sunsets, because to see a sunrise you need to wake up so early that it is difficult to enjoy it. As the weather was supposed to be ugly last Sunday, I cancelled mountain trip. But than it turned out to be pretty nice so not to waste the day completely I went for a walk to Krak’s Mound.

In Krakow we have four mounds. Two are ancient: Krak’s and Wanda’s Mounds. And two were made in the 19th and 20th centuries to commemorate our greatest national heroes. Those ancient ones are up to now a riddle for the historians and archeologists. For instance, some of them say they were constructed between 8th and 10th centuries. The others date them even to 2nd-1st century BCE. They suspect they were Celtic burial sites. Though archeologists found no human remnants in the mounds so far.

Maybe ancient people used the constructions for religious purposes. Definitely their location is connected with astronomy. When you stand on the Krak’s Mound and look towards Wanda’s  Mound at sunrise on the morning of Beltane (30th April/1st May), the second-largest Celtic feast day, you will see the sun rise directly over Wanda Mound. It can’t be a coincidence.

According to legend people of Krakow made the mound to commemorate their good ruler Krak. He was a legendary founder of the city and even Krakow’s name is derived from prince’s name.

Nowadays, this is a nice place to admire panorama of Krakow. You can fully appreciate from its top how big and impressive Wawel castle is. If you come at proper time you can also see a sunset or sunrise. Many Krakow citizens come here for a Sunday walks. Especially that you can easily walk from here through Podgórze district to Kazimierz. On the way you will pass many nice cafes and restaurants where you can chill out.

If you only wish we can add visit at Krak’s Mound to one of your city walks. For and offer check here https://activeholidayspoland.com/city-tours/ or contact me directly because I can design a tour meeting all your needs. 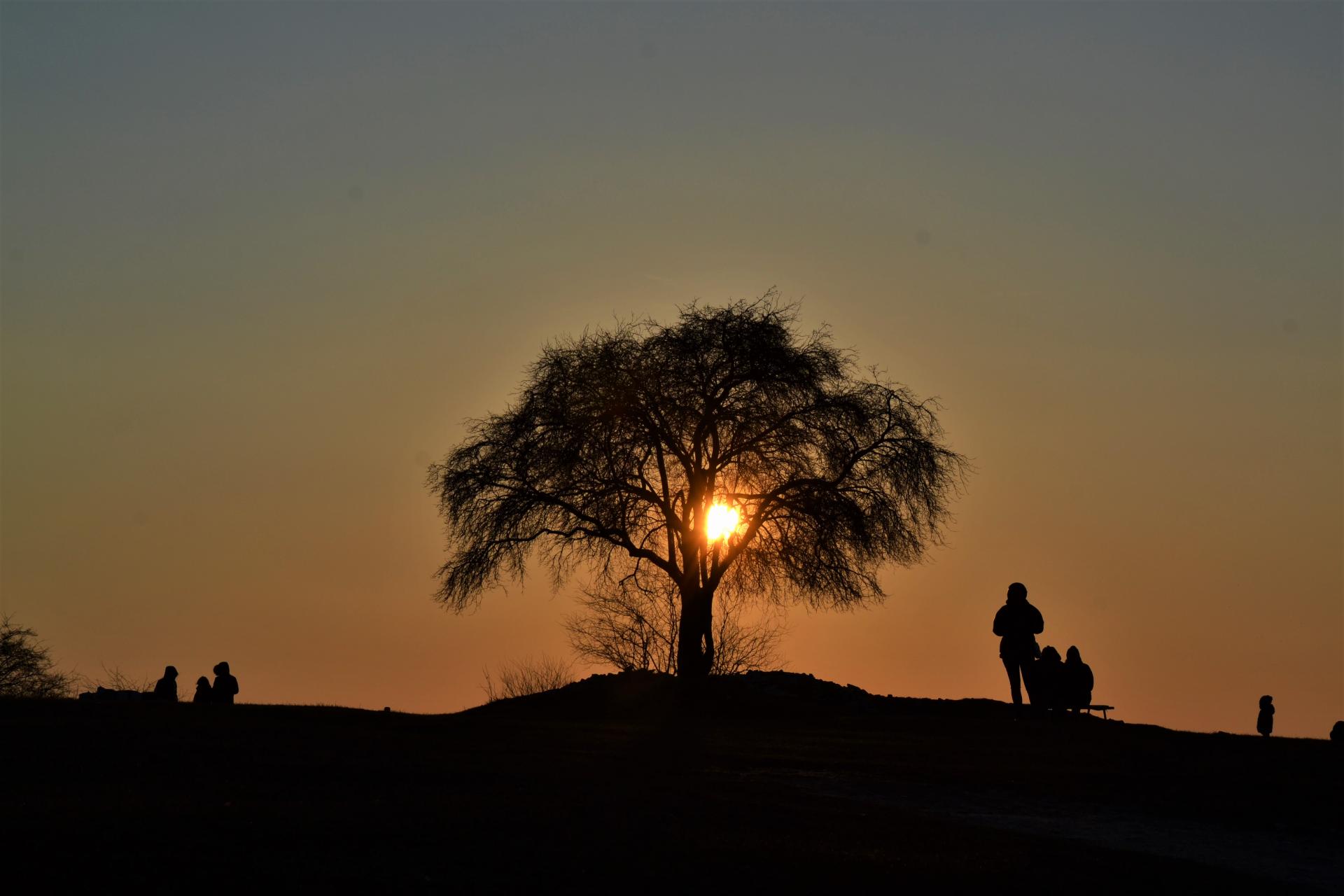 At the feet of Krak’s Mound people are waiting for a sunset. 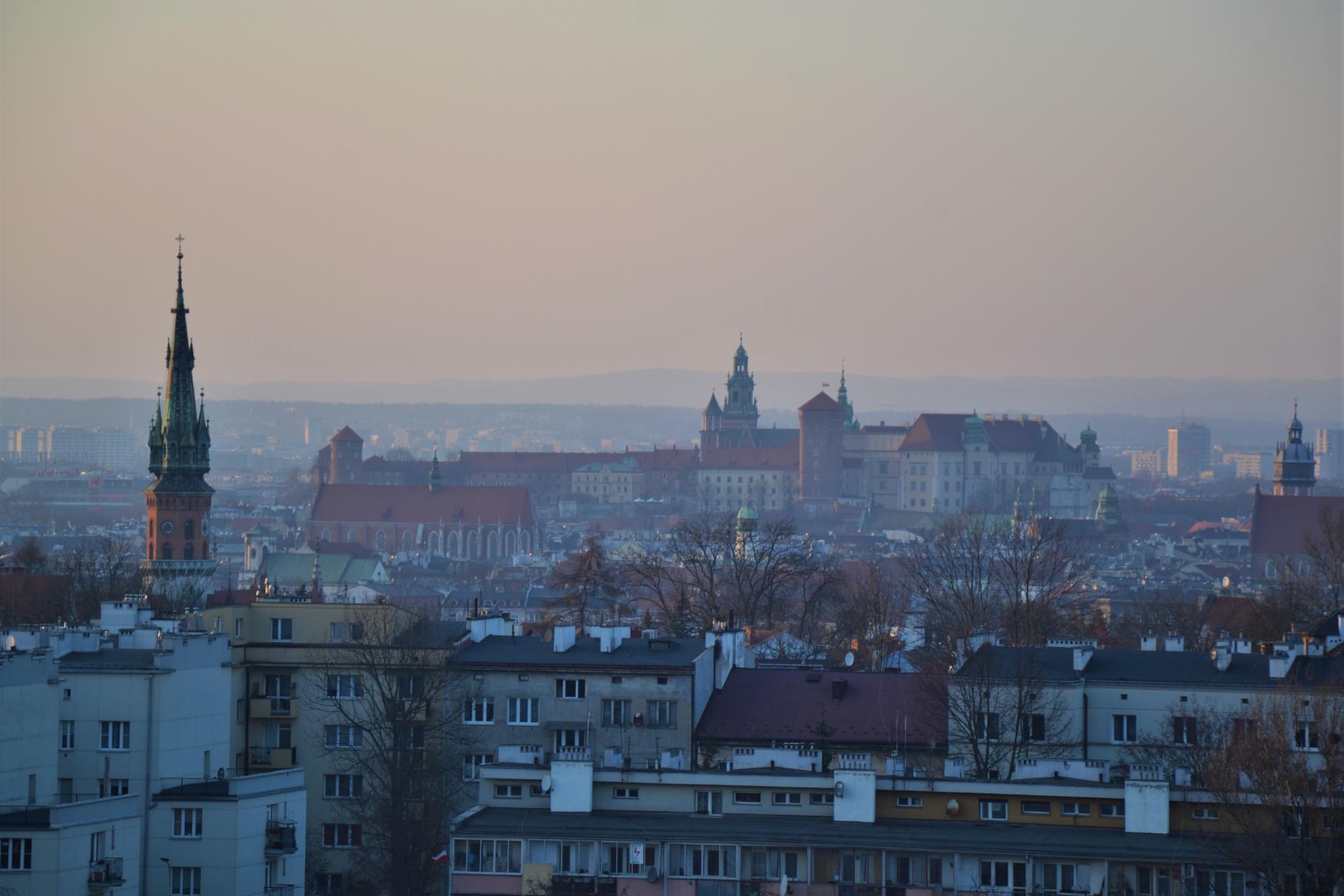 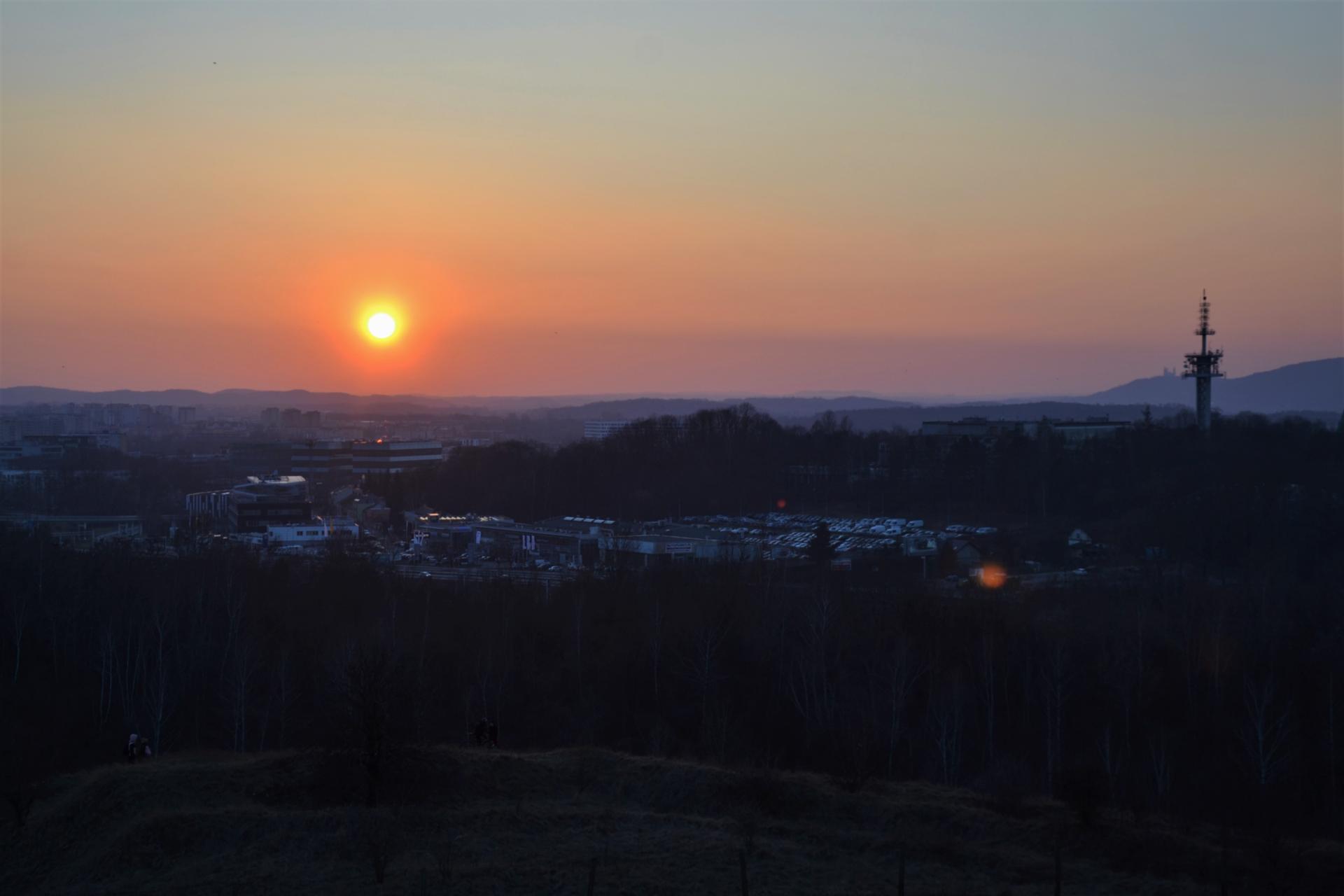 The sun is slowly going down. 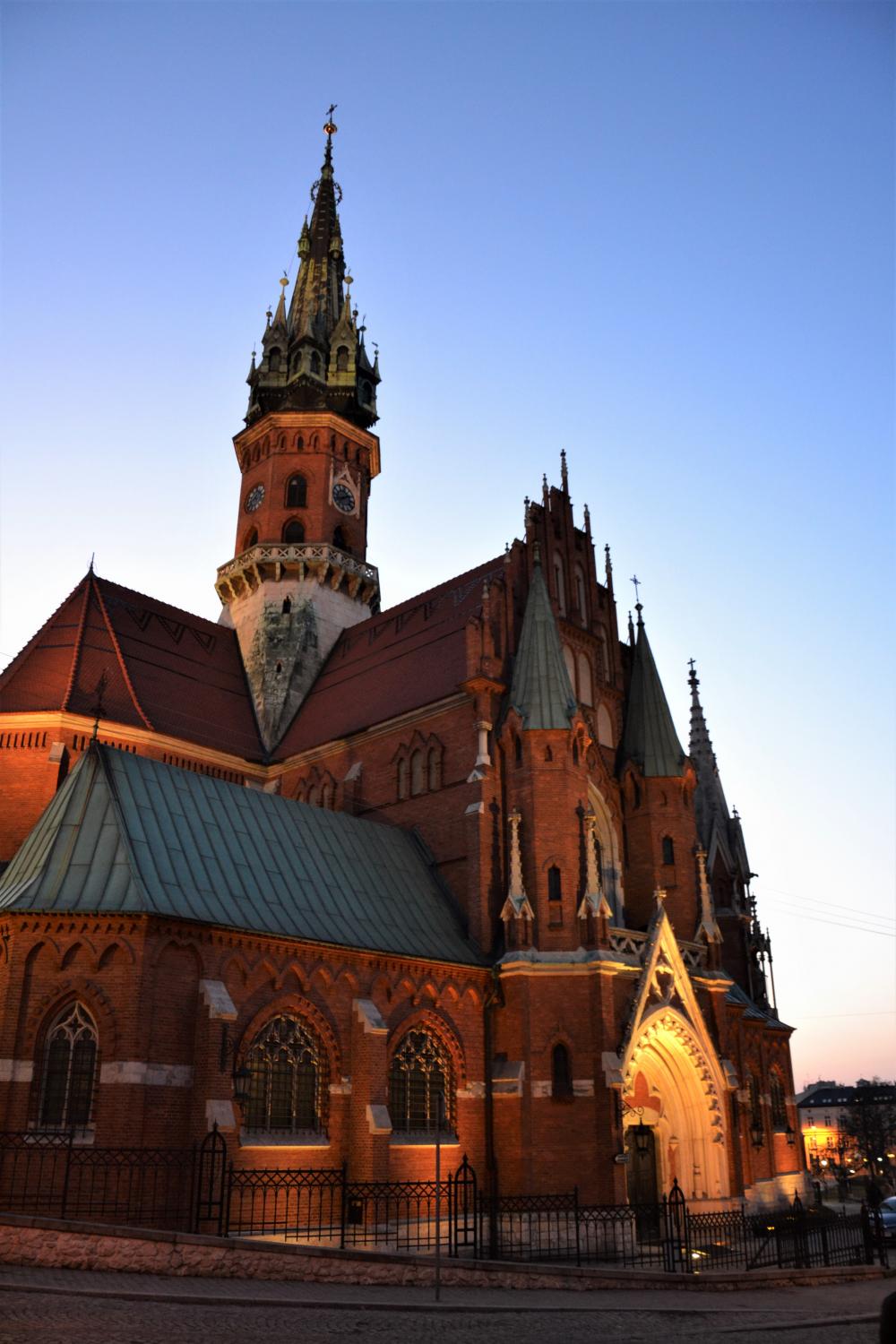 The church of St. Joseph (1909) in Podgórze, district of Kraków. 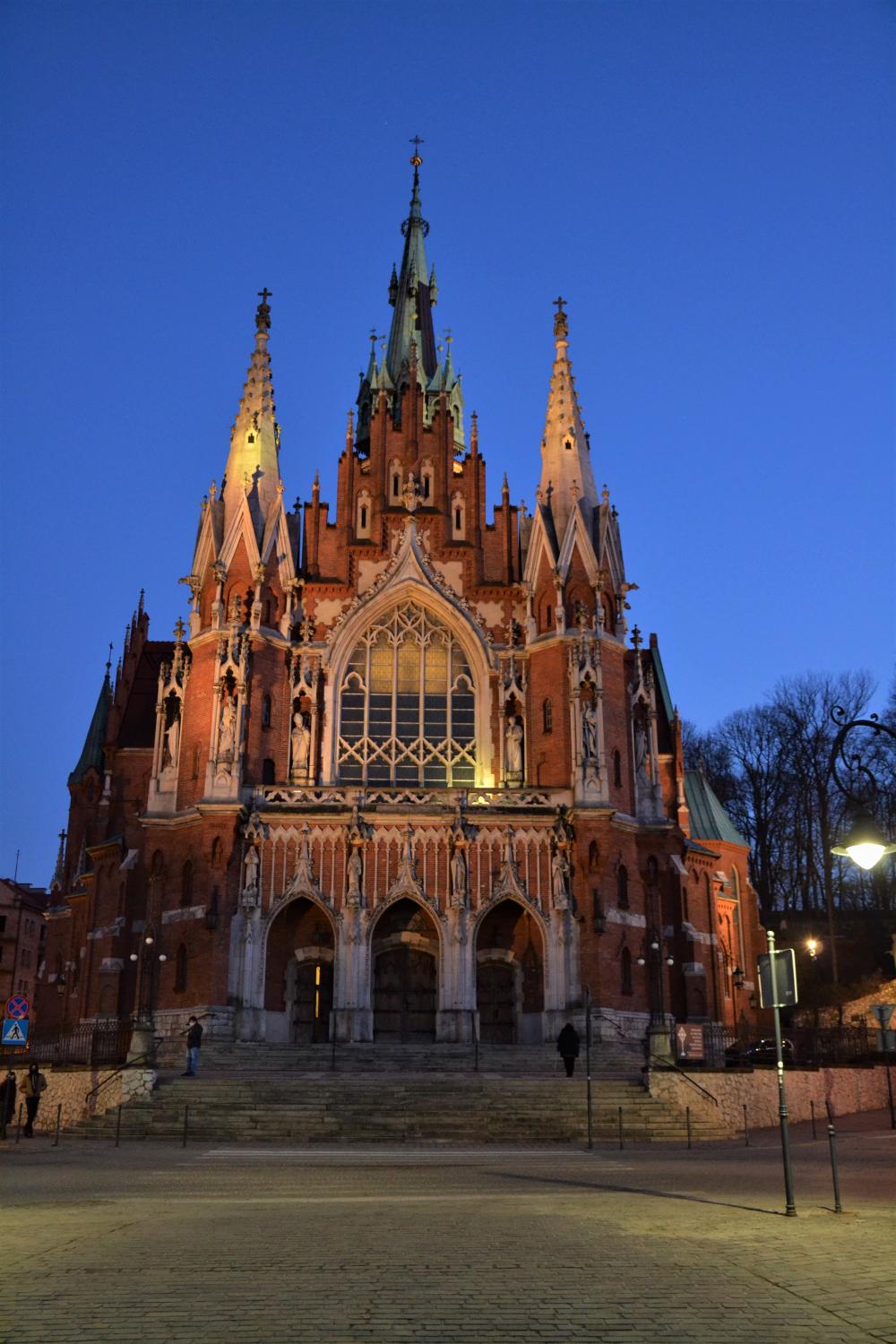 The front facade of the church of St. Joseph in Podgórze, district of Kraków. 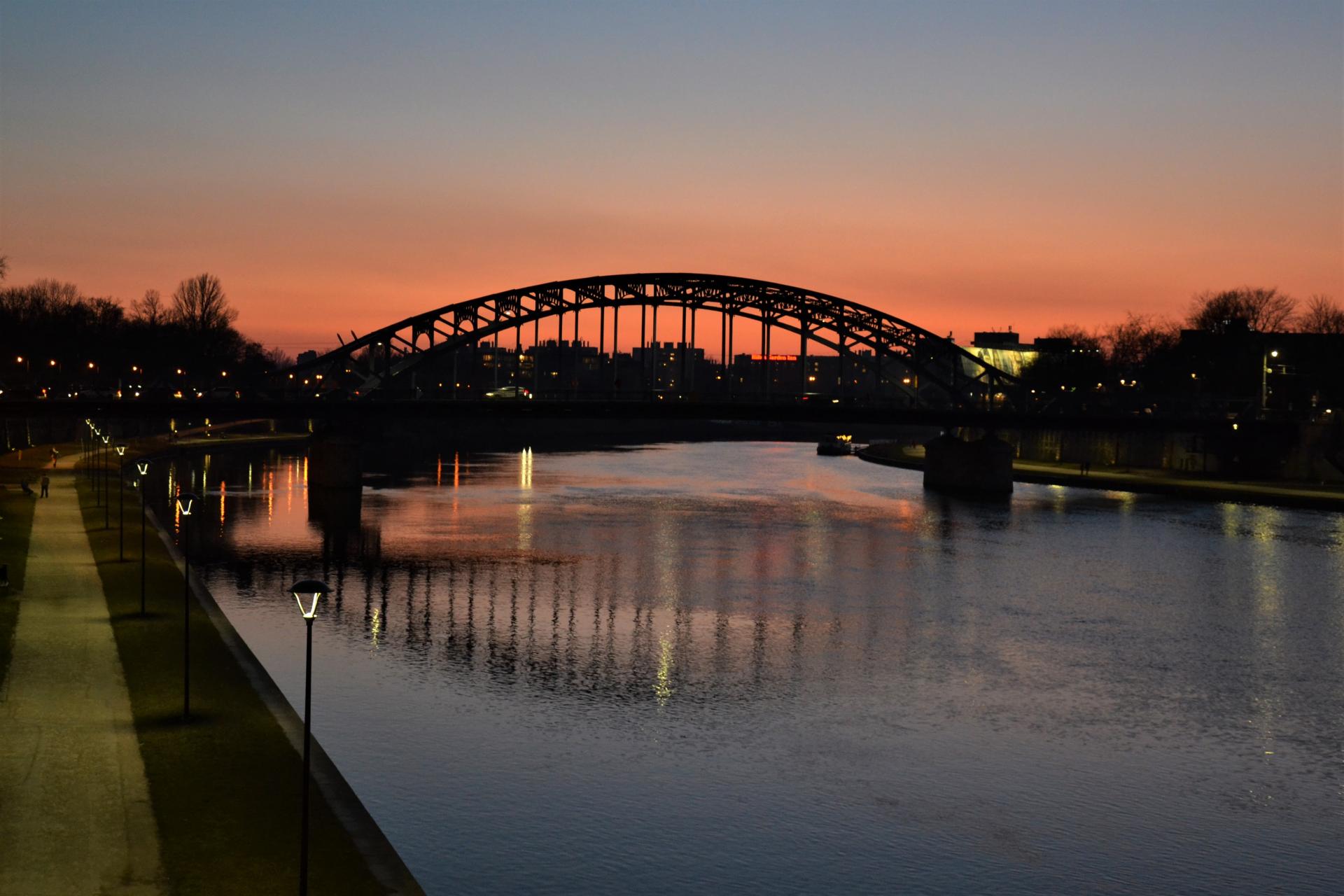 Marshall’s Joseph Piłsudski’s Bridge in the centre of Kraków. Last shines of the day reflect in the Wisła River. 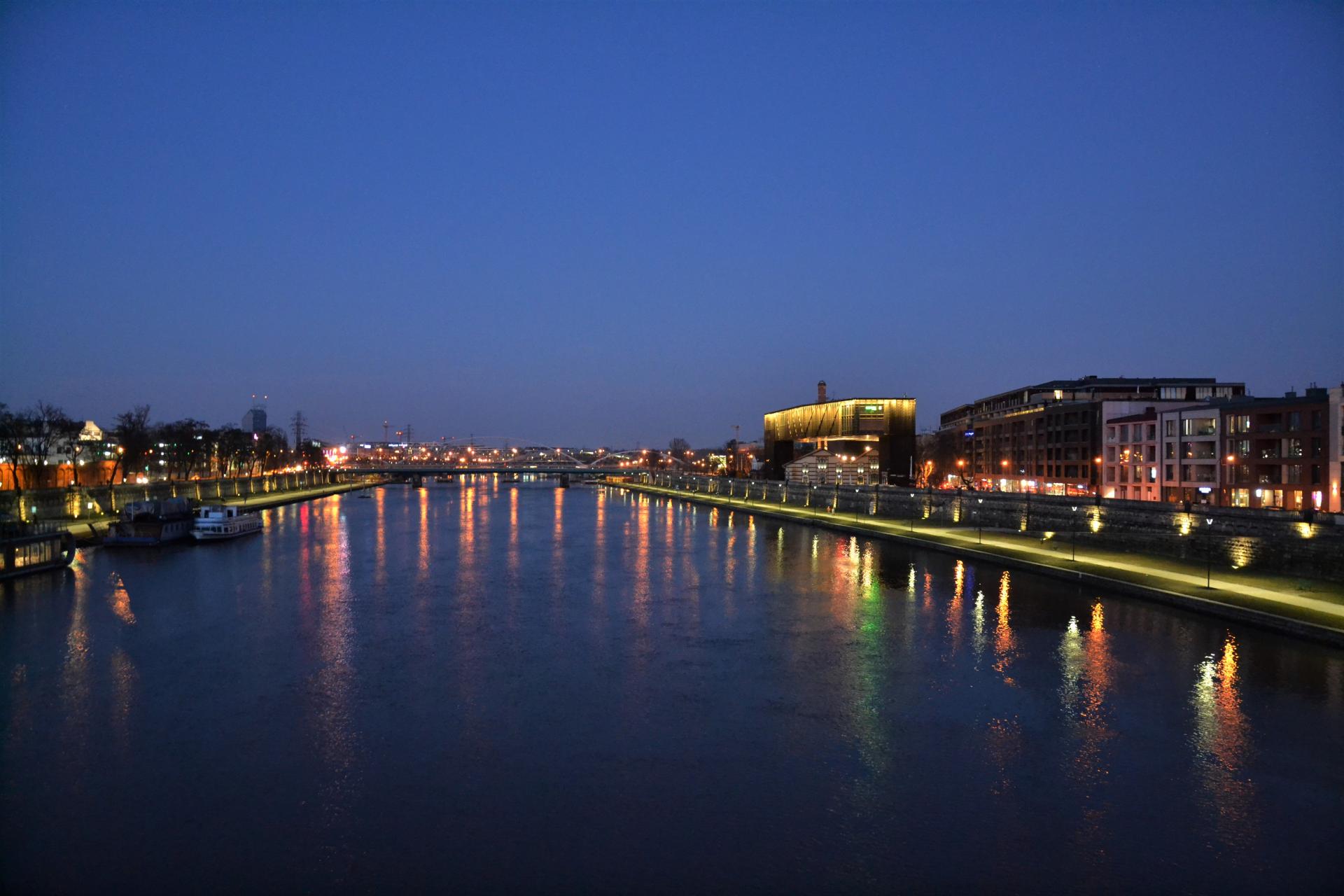 View from footbridge called Kładka Bernadtki to the Wisła River. The left bank is Kazimierz and the right bank is Podgórze district. 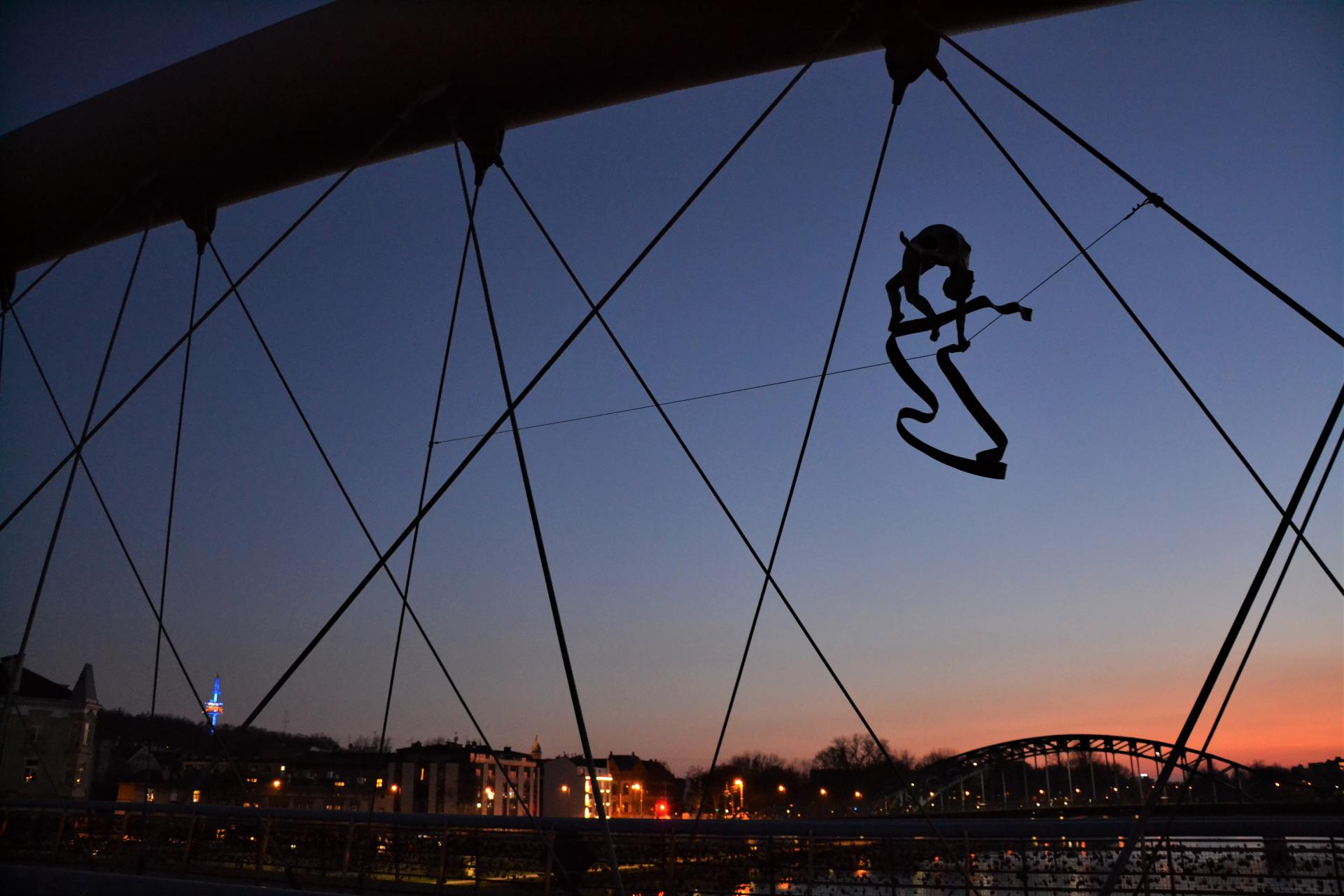 street Art installed on footbridge over the Wisła river in the city centre of Kraków.

We use cookies on our website to give you the most relevant experience by remembering your preferences and repeat visits. By clicking “Accept”, you consent to the use of ALL the cookies.
Cookie settingsACCEPT ALL
Manage consent

This website uses cookies to improve your experience while you navigate through the website. Out of these, the cookies that are categorized as necessary are stored on your browser as they are essential for the working of basic functionalities of the website. We also use third-party cookies that help us analyze and understand how you use this website. These cookies will be stored in your browser only with your consent. You also have the option to opt-out of these cookies. But opting out of some of these cookies may affect your browsing experience.
Necessary Always Enabled
Necessary cookies are absolutely essential for the website to function properly. These cookies ensure basic functionalities and security features of the website, anonymously.
Functional
Functional cookies help to perform certain functionalities like sharing the content of the website on social media platforms, collect feedbacks, and other third-party features.
Performance
Performance cookies are used to understand and analyze the key performance indexes of the website which helps in delivering a better user experience for the visitors.
Analytics
Analytical cookies are used to understand how visitors interact with the website. These cookies help provide information on metrics the number of visitors, bounce rate, traffic source, etc.
Advertisement
Advertisement cookies are used to provide visitors with relevant ads and marketing campaigns. These cookies track visitors across websites and collect information to provide customized ads.
Others
Other uncategorized cookies are those that are being analyzed and have not been classified into a category as yet.
SAVE & ACCEPT